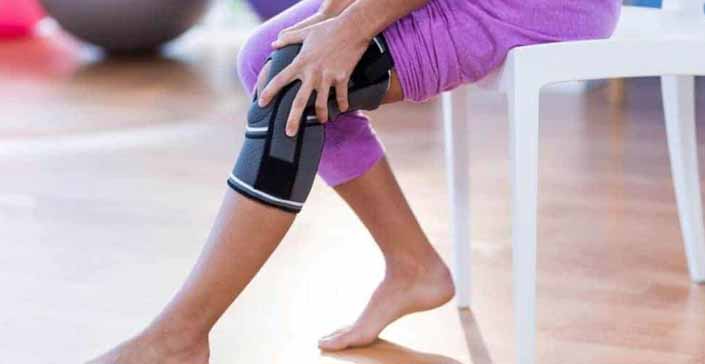 Sharing a “multipurpose” room with other programs has its downfalls, one of which is that the floor is not cleaned often enough. In this case, a sticky spill on the floor resulted in a significant injury to one dancer. This dancer was a sophomore competing on the varsity song competition team at her high school for both jazz and pom routines. Because resources were limited at this public high school, the team did not have a designated room specifically for the dance program.

Most dance rooms are equipped with smooth wood floors (easy for turning on) and mirrors on the walls for dancer feedback. A smooth floor is ideal for competitive jazz dancers because of the number of technical single and multiple turns required in their routines. Smooth, clean floors ensure that the dancer can pivot easily off of his/her turn leg during multiple transitions and rotations.

This dancer was practicing a routine with multiple single leg turns. She was turning clockwise off of her left leg when she hit a “sticky” spot on the floor. This caused her jazz shoe to stick to the floor while her body continued in a clockwise direction.

Because of the amount of force generated by the dancer during the multiple turns, the athlete subluxated her left patella laterally while also spraining her medial collateral ligament when her foot stopped turning and the rest of her body continued to rotate. Visit This Link : https://www.openpr.de/news/1203746/Caresole-Circa-Knee-Neue-Kniebandage-auf-dem-Markt.html.

The rotation generated enough force to both sublux the patella laterally out of its original position while also pulling the medial collateral ligament (MCL).

Signs and Symptoms of Injury

The athlete felt immediate pain and instability and collapsed to the floor. She was moved to the side of the dance floor and an ice pack was immediately applied to control the swelling.

The pain on the medial side of the patella was less intense and was caused by torn connective tissue on the inside of the knee as the patella was torn away from the tissue that normally stabilized the patella in its femoral groove. Further examination revealed point tenderness at the proximal insertion of the medial collateral ligament (ligament on the inside of the knee) and a positive Valgus Stress Test with mild laxity and pain. The athlete was immediately fitted with a knee immobilizer brace and fitted for crutches.

This athlete was sidelined for six weeks while both the connective tissue around the patella and medial collateral ligament healed. A gradual rehabilitation protocol was used to:

Lesson to be Learned When Rooms are Shared by Multiple Programs

Unfortunately, this injury could have been prevented. The positive outcome from any injury is to learn something about how to prevent future injuries. In this case, when multiple programs share the same room, care needs to be taken to ensure that the floor is clean and safe for all athletes who participate on it.

A regular cleaning protocol should be implemented whenever rooms are shared by multiple programs to ensure that the floor is not the cause of injury for other athletes.