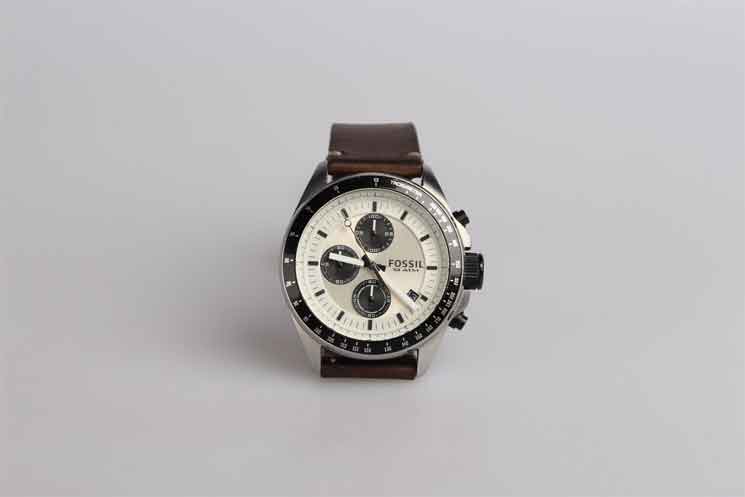 Should You Wear a Watch? Watch Tips for All

Before the rise of wristwatches, most American men preferred the pocket watch — it was relied on by middle class workers, busy urban executives, and (perhaps most famously) by railroad engineers and train conductors who used the small timekeepers to maintain service lines.

As watchmaking technology progressed, it became possible to miniaturize an accurate automatic/mechanical movement to such an extent that the watch could be placed on the wrist. Thus the commercial wristwatch was born, and became a profitable and booming industry during World War II — millions of “military-style” wristwatches were manufactured for use by Allied soldiers.

In the 1970s, the so-called “quartz revolution” occurred: cheap quartz movements from Japan flooded the market, putting many Swiss watch makers on the brink of bankruptcy. The new quartz movements, based on the fact that a piece of quartz crystal vibrates at a precise rate when electrified (32,768 vibrations per second!), allowed for much more accurate watches than the previously popular Swiss automatic/mechanical movements (a watch that runs entirely on metal gears; powered by the repetitive movement of a person’s wrist throughout the day). And, the quartz movements were incredibly cheap to mass produce.

Japanese brands like Seiko became household names in America and in many European countries.

And then, if you progress even further in time (1980s to 1990s to the present) you will see that a certain nostalgia formed for the “old fashioned” automatic movements. Although far more intricate and more expensive, requiring around 130 individual pieces to operate, automatic movements are again popular, check this site for more https://www.uniformwares.com/.

A quartz watch, despite its uncanny precision, feels sterile to many watch enthusiasts — much like wearing a computer on your wrist.

The mechanical or “automatic” movement, on the other hand, is a modern marvel. A weighty rotor spins as your wrist moves, providing energy for a wound-up spring within the watch which powers the individual gears.

If you neglect the watch for more than a day or two, it “dies” — the spring runs out of energy and must be re-wound before it can be used again. (By shaking the watch for a few minutes, one can usually resume usage.)

So quartz represents the sterile, inhuman face of technological progress, while automatics (to some, at least) represent a synergy between technology and man: the watch needs you to operate, and you need it to navigate through your day.

Although many consumers now rely on their cell phone or TV for accurate timekeeping, the automatic watch is a homage to a past age — a less complicated time of common decency and craftsmanship and ingenuity.

Perhaps interestingly, those who wear automatics for many years (as I have) eventually grow tired of the many drawbacks — inaccuracy, necessity for regular wear to maintain a “charge”, and heaviness.

We become slowly attracted to the “care-free” benefits of a fine quartz movement watch: incredible accuracy (to within 0.5 seconds per day), lower entry cost (a decent automatic typically costs $150 more, at the minimum, than a similarly styled quartz watch), and lighter weight / thinner designs.

And so we buy a fine quartz movement. Conversely, those who have been wearing quartz movement watches for many years slowly become excited by the possibilities of an automatic watch: a machine that uses no electricity or battery whatsoever, relying solely on gears for movement. Also, an automatic movement has a smooth motion or “sweeping” second hand — this intrigues many first-time automatic watch owners. A quartz watch, on the other hand, has a familiar “tick” (where the second hand moves only once per second, instead of a smooth and continuous swoop).

In closing, watch ownership is the perfect combination of history, collector’s hobby, passion, and savvy business. Please don’t be fooled by large luxury watch advertising campaigns or celebrity endorsements: you don’t need to spend thousands to find a great watch that will last for many years (possibly even for several generations).

I have owned TAG Heuer, Movado, Raymond Weil, and Omega watches. Although I enjoyed all of these luxury watch brands immensely, the more I learn about watches (horology, as the study of watchmaking is called) the more I realize that there is very little correlation between the price tag and the product you receive.

Example: a well-made $200 Japanese quartz from Seiko or Citizen can offer equivalent (and often better) reliability and styling than a watch priced at ten times that amount.

Of course, luxury brands have certain benefits: higher resale value, “prestige”, and a sense of accomplishment at owning a highly sought after watch.

True watch buffs, however, are not brand snobs. Our hobby is not the same as the fashionista’s quest for big brand names.

We go, instead, for high quality watches with excellent heritage, craftsmanship, and superior style. So regardless of whether you are in the market for a $5,400 Cartier or Rolex, or a $100 Swiss quartz “beater” (an everyday watch), welcome to the club.

Watch ownership is a lifelong pursuit. With wristwatches, we manage and observe the flow of time, and the gradual progression of our lives from humble beginning, to glorious middle, to equally humble ending. A fine watch can serve as your guide and guardian, keeping you company as you enjoy the ebb and flow of time over many years. Wear your watches in good health, my friend, and at least once in your life you should own a high-end quartz watch and a middle-range or high-end automatic movement watch. The ownership experience is vastly different for each type of watch. You will greatly enjoy the contrast, just as a wine connoisseur enjoys the differences between a summer’s white wine and a smooth winter evening’s red wine.