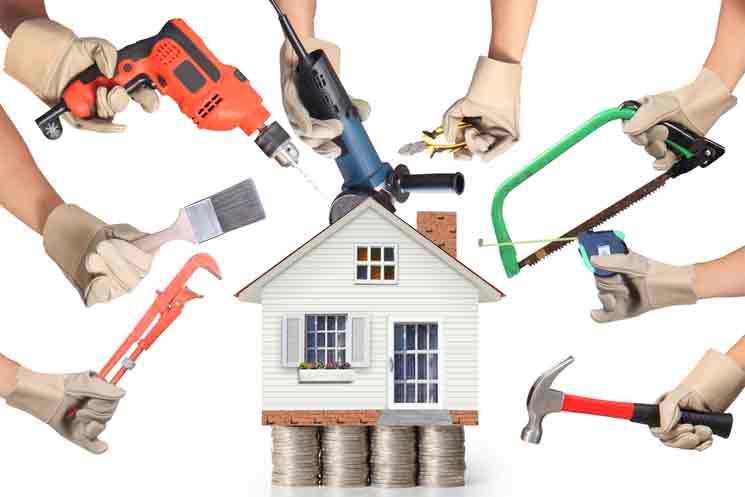 Going green is a term you hear quite often. It simply means that the product you are using is good (or at least better than others) for the environment. Today, “going green” is synonymous with so many products; it may be becoming too good to be true. That’s where the term “green washing” comes in. It means that whatever supposed green benefits the product has, are a big fat lie. Green washing has become the new buzzword-especially when it comes to the home improvement industry, go to website. I put together this list of don’t-get-fooled-by-me home improvement products that claim they’re green, but in reality, aren’t at all.

I put this one at the top because I have to tell the truth-a new set of energy efficient windows just isn’t going to give you a big return on your investment at all. While the new window is green and will save you money on your heating/cooling bills, by the time you recoup the costs of installation through savings, you’ll be in the old folk’s home. It can take decades to see a return on your investment when replacing your old windows with new energy efficient windows.

This material is a joke. Yesterday’s drywall was mined gypsum; the mineral that’s found right next to deposits of asbestos. Gypsum mines have all but closed down and the companies that owned them lost millions in payments for mesothelioma claims to the miners who worked them. That’s when they turned to coal power plants. Coal scrubbers that remove the toxins from coal smoke stacks produce gypsum as a waste product. They also claim to be wrapped in recycled paper. What they don’t tell you is that it’s post-consumer paper, meaning the scraps that fall on the factory floor that they would have reused anyways.

How this product ever got mentioned as a green material, I’ll never know. Made from polyvinyl chloride or PVC, the chemicals used in the manufacturing process are about as green as a carrot is blue. Vinyl production workers have sued manufacturers on several occasions for being exposed to toxic chemicals that have caused rare forms of cancers.

Structurally insulated panels or SIPS are a dense polyurethane foam panels that are sandwiched between two panels of plywood to create a wall. It’s a great insulator, but it’s made from some really toxic stuff. Plywood has some serious glue and laminate issues that release volatile organic chemicals into the air for decades. Styrofoam is, well, Styrofoam-need I say more?

Spray foam in the attic spaces can increase your homes energy efficiency right? It is true, but the side effects can be undesirable to say the least. Minute particles of foam are often scattered by the pound and blown to high heaven when workers saw off the excess foam from between wall studs and joists. Spray foam can also severely damage asphalt shingles and even void their warranty.