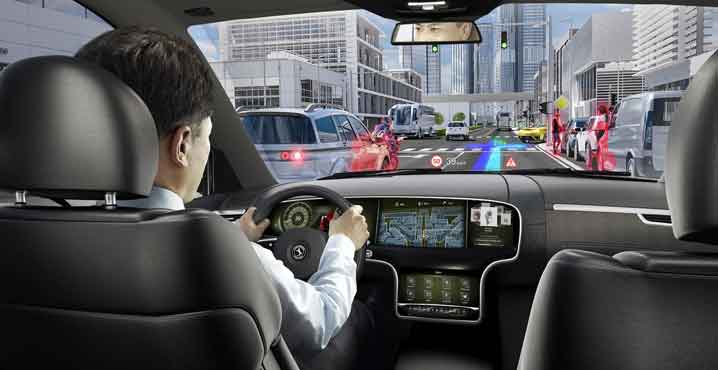 Stop! Know Your Car Before You Start Driving

We must thank people behind the modern shapes and techniques of Automobile which we see today. Can we imagine our ongoing development without Automobile… Thousands of vehicles run on roads and lakhs of people travel or commute using them from one place to other and if we see the history of development of automobile technology, we will get surprised for sure. Automobile technology has always become faster and technically more advanced with every second passed. But how many people exactly know even the basics of those wheels on which we are moving continuously. Changing times have changed the shape as well as the technology behind wheels. Although it’s very complicated and a great science is involved there still we can understand some basics of Automobile Technology by reading this article.

Basically the body of a car is categorized on the basis of doors; it can be a three door car and five door cars. Body can also be identified on the basis of seat arrangements and the structure of roof. If we talk about the conventional structure we find the roof supported by attached pillars on each side of the body, however body of a car can be convertible also. Convertible roof can be made of fiber or plastic or it can be of metal also (similar to car’s body). Most of the convertible models are sports car and have two seats. No of seats in a car may vary from two to ten and sometimes even more.

Steel is the main component of the bar body and thickness and strength of the body are based on purpose and desired mechanics of the car. In some cars pillars are made tougher to absorb the impact of crashes during accidents. If the cars are made for sporting, body is made lighter with crumple zones in pillars. For vision and aesthetics windshield glasses and side window glasses are fitted with pillars and frame of doors. Earlier designing body used to be very tough task which has become easier due to new technologies like CAD (Computer Aided Design) and CAM (Computer Aided Mechanism). These techniques save almost 50% time in designing body. Fast changing techniques, new required shapes, customization and changing purpose still make body as an important part of Automobile. Moreover body is the first thing which a buyer looks for the first time and a good engine cannot be sold with ugly looking body.

Besides steel remaining the major component of the body elements like aluminum, fiber glass and carbon fiber reinforced plastics are being used for increased durability, lower weight, cost saving and other design and aesthetic purpose. For toughness and increased resistance several other chemicals like polyamide, polyester, polypropylene and ethylene components are also used.

Painting is done to enhance durability, finish and appearance of the body.

The chassis is the main part of anatomy of the car. Within this skeleton of the car engine, wheels, axle system, steering, transmission system, front and rear brakes, suspension and shock absorbers are mounted, which makes chassis the most important structural part of the car. Chassis can be of different combination of metals depending upon various design and usage of cars.

Chassis absorbs every reaction or movement in the entire body of the car. Flexibility and strength of the chassis determines the safety, aerodynamics and comfort of the car. Chassis receives the first impact of contact between car and road while moving. Seeing the functionality of the chassis it can be termed as basic foundation of the vehicle.

Engine is heart of the car and mechanically is the most important part. Engine converts the chemical energy into mechanical energy and provides locomotive power to the vehicle. Engine based on internal combustion system (gasoline engine) is used for four-stoke automobile engines and diesel engines are widely used for trucks and buses. The gasoline engine has flexibility over a wide range of speeds.

Increasing pollution and reducing fuel sources have increased concerns about finding alternate fuels which can emit less bi products hazardous for environment and also can save on fuel cost. Making cars with increased fuel efficiency has also getting a bigger focus day by day. Engines based on turbine and dynamos (electric cars) are also produced now.

In Internal-Combustion Engine fuel combustion takes place in a confined space resulting into expanding gases, which are used to provide mechanical power. The most commonly used internal-combustion engine in automobiles is the four-stroke reciprocating engine.

In internal combustion engine mechanical power is supplied by a piston fitted inside a cylinder. Piston has downward and upward movements which results in mixing of fuel with air. Ignition takes place through spark plug attached with the electrical supply (battery of vehicle) of the vehicle. Fuel burning takes place and exhaust system present in vehicle manages the exhaust and fuel bi products. The piston is connected to a crankshaft through a rod which moves with the rotation of piston, which translates the energy into movement of wheels. Water is sprayed continuously over all cylinders to keep the engine’s temperature under control. Amount of power supplied by piston rotation to crankshaft is controlled by gears which are used as per various power and speed requirements.

Diesel engine was invented by a German scientist Rudolph Diesel in 1892. Diesel engines are made for performing heavy tasks. It burns fuel oil instead of gasoline and is heavier and much more powerful than gasoline engine. In diesel engine combustion of fuel occurs due to compression of air instead of spark used in case of an internal combustion engine. Speed and power is controlled in diesel engine by amount of fuel injection. Diesel engines are widely used in commercial vehicles, construction equipments, trains and other heavy task performing engines.

Fuel injection system used in internal combustion engines and diesel engines are different. In gasoline engines fuel or fuel and air mixture is supplied by a fuel pump according to need of fuel to the cylinders; where as in a diesel engine fuel is sprayed in air within the cylinder. It’s controlled, measured and timed depending on required power for movement of wheels. Fuel injection system plays an important role in fuel efficiency and emission control as it determines the proper consumption and minimum wastage through emissions.

Carburetor is used in gasoline engines. It vaporizes the gas and mixes it with air, which is regulated. Carburetor is used in light weight vehicles only and due to some limitations of control mechanisms of gas supply and requirement of getting it tuned frequently in order to maintain proper consumption it’s been replaced by fuel injectors in most of the modern engines.

Primarily supplied through battery which is connected through dynamo mechanism. Power of battery is utilized to start the ignition and later on power utilization is shifted to electrical power coming from dynamo movement resulted due to movement of engine. Electrical system consists of condensers, coils, power fuse circuits and various sensors to optimize the power consumption. Previously vehicles used to consume huge amount of electricity which resulted in bad head light performance and ignition problems especially in cold weather. With advanced technologies power utilization has been optimized in several ways through less power consuming circuits, sensors and lights. Electrical system is of utmost importance seeing its direct impact on many important censors and even in starting of vehicle. Normally a 12 V battery is used in most of the vehicles, authentic website

Engine is generally liquid cooled which is present around cylinders and supported by radiator fan to keep the liquid cool. Lubrication is required for movement of piston within cylinder.