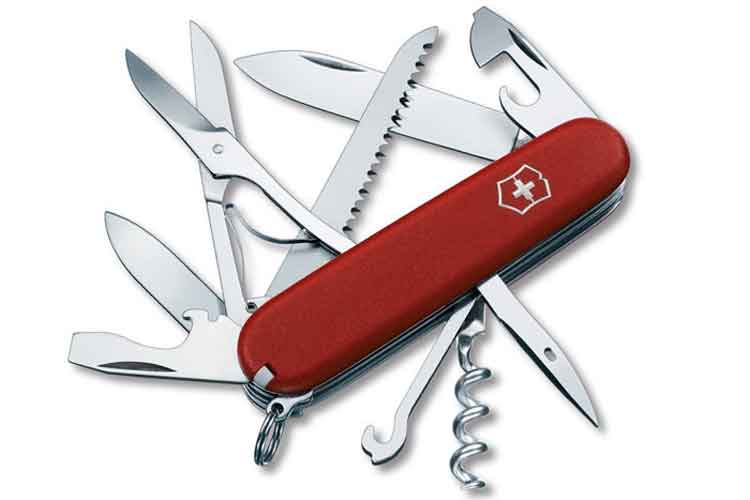 So you want to buy a Swiss Army knife? Great! They’re some of the most useful tools in the world, and they’ve helped me out of jams a number of times. But how do you know which of the many knives available is right for you? You won’t regret your purchase — if you choose wisely.

Here are a few things I’ve learned. All of this advice is based on my personal opinion. Read it, think it over and see if it makes sense to you. I am not an expert. I am just a person who has owned and used a number of Swiss Army knives and has learned a few things along the way.

Make sure you choose a genuine Swiss Army knife. No, you likely won’t be getting one of the models that the soldiers in the Swiss Army get. But there are two brands to stick to: Victorinox and Wenger. Quality counts. You might save a few bucks with a cheaper brand, but you’ll pay for it in quality, with blades that don’t retain their edge, handles that fall apart and other problems. This is the most important tip of all.

Make sure your Swiss Army knife fits your needs. I require two things at the minimum: a locking blade and scissors. A locking blade keeps the knife blade from folding in on your hand when you’re cutting at odd angles. Scissors come in handy often for a variety of tasks. Those two things might seem like simple minimum requirements, but they rule out a number of Swiss Army knives right away.

To figure out what you need most, think of times when you have need a certain tool. Did you want a pair of scissors to open a box? Did you lack a corkscrew, small wood saw or fish scaler? Most Swiss Army knives come with a few basics — a blade, a screwdriver or two, a can opener, a bottle opener. The extras, however, vary from knife to knife. Some Swiss Army knives are very specialized. Are you an emergency rescue worker? You might like Victorinox’s RescueTool. Are you a computer technician? You might choose Victorinox’s CyberTool or SwissMemory. There’s even a Golf Tool, with a ball marker and tee punch.

Unless you absolutely need them, stay away from bigger Swiss Army knives with features you don’t need. Part of a Swiss Army knife’s usefulness is its portability. You can carry it in your pocket almost always, which means it’s ready at a moment’s notice. But if you choose a Swiss Army knife with too many parts, it takes up too much room in your pocket. You may also find yourself constantly fumbling with it, sorting through a dozen choices trying to get to your bottle opener (or scissors, or screwdriver, or whatever).

One model, the SwissChamp, by Victorinox, has more than 30 features. It’s great for camping. But it’s very bulky, and it can be tricky to find what you’re looking for quickly unless you really know the knife. It’s impractical for daily use. Sometimes, certain features just don’t sit well with a person’s own tastes. I try to avoid Swiss Army knives with corkscrews, if I can, for a very simple reason — I find the corkscrew often tears up my pants pockets.

Check out the line-up of knives at the Web sites of Victorinox and Wenger. Look carefully. Perhaps most importantly, sleep on your decision for one night. Sure, it might only cost you thirty dollars or so, but a good Swiss Army knife can be one of your most dedicated companions. Choose one that’s right for you.