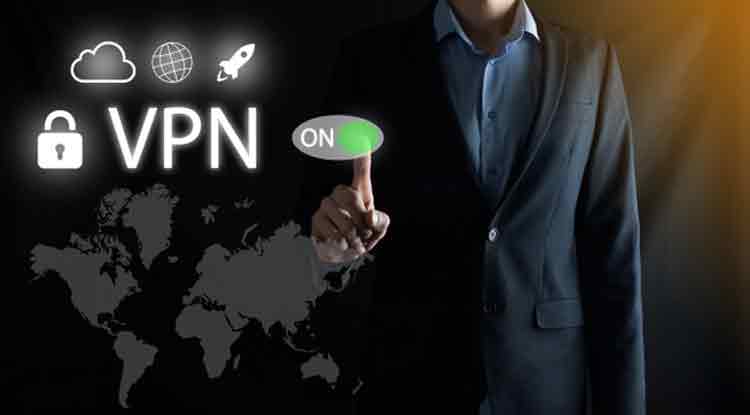 VPN means virtual private network. VPN is a technique for segregating traffic from specific locations in an  specific net. If we are talking IP´s then the vpn generally is encrypted and is implemented thru IPsec. It is also possible to create un-encrypted nets over VPN via MPLS protocol to differentiate different nets.

VPN creates the possibility for secure transmissions over the internet or intranet. Vpn therefore makes it possible to transmit secure over the inherently unsecured internet environment. Or between other insecure places such as in internal office network.

Vpn can connect two peer places such as remote offices, people working from home, or similar. The connection to the internal network can thereby be totally secured.

Vpn can be transmitted via TCP/IP layer or the UDP layer. Nodes of virtual groups may be allocated to several layers, for instance In VLAN the it is sustained by switches on LAN-level.

The VPN session is administrated by the firewall, that is taking care of several different tasks in the session.

In the connection process the software asking for the secure session calls the firewall and request a channel for the network. The firewall then identifies the identity of the calling node. After identifying the node the identity is checked against a database, one popular base is the LDAP. If the node checks as valid the firewall creates a session and an encrypted key is exchanged.

Cisco Systems has announced that NTT Com has decided to use the Cisco multicast virtual private network (VPN) technology for the Arcstar IP-VPN service. this will help NTT Com to provide more cost-effective video services.

The mVPN technology gives better ability for NTT to make restrictions concerning the network traffic. Since NTT customers already uses the Arcstar IP-VPN they can implement whiteout having to make significant new investments.

Cisco has used the multicast technology for a long time. Ever since the Cisco IOS® included it early on. This of course makes VPN support available without core routing.

Error 412 means the pear is not responding. this error message targets the Cisco VPN client-side software. The error message is “Error Secure VPN Connection terminated locally by the Client. Reason 412: The remote peer is no longer responding”. There may bee several reasons for this. There might be a firewall blocking the vpn traffic. There might be som sort of hardware malfunction, or just general loss of package. If it is the firewall blocking traffic, it has to bee in step6. One way to get rid of the problem might be to configure the cmu_vpn_tcp connection to IPSEC over TCP.